California State Parks is proposing new $8 dollar access fees for Sonoma Coast beaches that have historically been free. Beaches being considered for fees include all parking lots at Bodega Head, Shell Beach, Goat Rock and Stump Beach, all of which have only gravel parking lots with no amenities save pit toilets.

Paying to access the coast has been an unfortunate and unfair trend in Southern California. Parking for Torrey Pines State Natural Reserve, for example, costs $10 to $20, depending on the time of year. This rate is common throughout areas from San Diego to Santa Barbara.

Paying to access the coast places an unjust burden on many Californians – in 2014, according to the U.S. Census, the state’s per capita income was slightly below $30,000 but individuals who earn more than $11,000 don’t qualify for State Parks’ low income passes. The new fees on the Sonoma Coast will especially discourage the majority of visitors who rely on a free beach or a coastal hiking trail to access the Sonoma Coast because it is “car dependent for access” rural coastline. These new fees if approved will also set a negative precedent to implement more fees at similar undeveloped lots in other parts of the California Coastline.

The Coastal Act was designed to protect public access to the coast for everyone, regardless of economic status. To live in California guarantees you – is supposed to guarantee you – a right to visit the coast and experience the beauty, have a picnic, go for a hike or a walk on the beach, no matter your income. 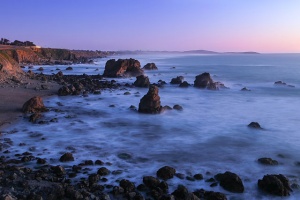 The Coastal Act also requires that parking options be evenly distributed to avoid environmental impacts. The new fees in Sonoma will increase impacts to sensitive areas because those that can’t afford the fees will seek parking alternatives in sensitive habitats, along dangerous roadways, and increase risks to public safety and damage to coastal bluffs.

On April 13th, the California Coastal Commission will decide on whether or not the proposed fees will go into effect. This decision comes before them without benefit of necessary information. The Commission has not received data on how previously implemented fees or increases in fees in other parts of the state have affected public access in general, nor access for at-risk and underserved communities or impacts to neighborhoods adjacent to the fee areas.

These studies need to be conducted by State Parks and evaluated by the Commission before further fees are approved. Californians from all over the state must demand that the Coastal Commissioners say no to new fees from being implemented until State Parks evaluates existing statewide coastal parks fees and the impact they have on public access, public safety and public resources. We cannot allow a precedent to be set of fees being enacted with out the necessary assessment for the impacts to resources and public access.

Here’s how to stand up for the Coastal Act and affordable access:

3. Attend the meeting on April 13th in Santa Rosa, where the issue will be decided

4. Write your legislators and ask them to express support for keeping the Sonoma coast open. (California Legislators Contact info)