Sea Level Rise on the Horizon

Climate change is now a reality–but what does that mean for the California coast? Coastal storms and floods already pose hazards to the state’s coastal communities, as noted by the National Research Council (NRC), an organization that provides nonpartisan scientific advice to the nation’s leaders. But in a 2012 study commissioned by the Governors of California, Oregon, and Washington, the NRC estimated that climate change will cause sea levels in many parts of the state to rise by up to two feet by 2050, and potentially much more by 2100. Along the way, sea level rise will contribute to increases in the damage caused by storms, floods, erosion, and other coastal hazards. One only needs to look to “Super Storm Sandy” to see how these changes can wreak havoc on coastal communities. 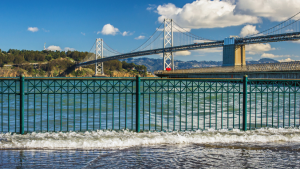 Because sea level rise will inevitably impact our coastal resources and communities, Californians need to understand in concrete ways how climate change is likely to alter our coast. We also need to know what we can do to avoid or mitigate the resulting harm to nearshore ecosystems, public access, and recreation, not to mention billions of dollars worth of private property and public infrastructure.

Fortunately the Coastal Commission is working to respond to communities’ needs for information and support. In mid-October, the Commission released a Draft Sea Level Rise Guidance Document. When completed next year, this document will help local municipalities and planning agencies learn about and implement response strategies that can protect coastal resources and communities, as well as California’s pocket book.

The Commission’s guidance document is an important next step in statewide efforts to prepare for climate change. For example, in 2008, then-Governor Schwarzenegger signed an Executive Order that called on state agencies to develop California’s first strategy to identify and prepare for the expected impacts of climate change. That strategy, adopted in 2009, calls upon the Coastal Commission and other agencies to develop guidance for helping local governments prepare for sea level rise and reduce coastal hazards. A recent draft of the Governor’s Environmental Goals and Policy Report, the first update of that document since 1978, indicates that the development of such tools and guidance will continue to be a priority for state leadership.

Interestingly enough, climate change is not a “new issue” for the Coastal Commission—in fact, Commission staff have been studying and writing about potential climate impacts for decades, as shown by a 1989 report titled Planning for Accelerated Sea-Level Rise along the California Coast. You can learn more about this body of work here.

What’s important to know about the newest document is that it contains the best available science and proposes a menu of policy and planning tools that local leaders and planners can use to adequately address sea level rise in their communities. 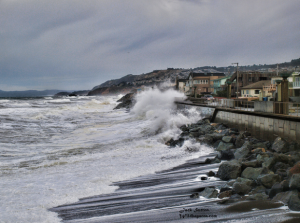 The Commission is taking written comments on the guidance document until January 15, 2014. We strongly encourage the readers of ActCoastal to share the news and get involved. Let the Commission know how it can work with your community to provide helpful information and tools. If you live near the Bay Area, please attend the Commission hearing on Thursday Dec 12 to discuss the document. The item will be heard mid-morning (Agenda Item #9). Go here to see full agenda. You can read the draft guidance document and also sign up for a webinar that the CCC is hosting on December 17th.