To address these critical items – and because of the increased distrust surrounding Commissioners’ commitment to upholding the Coastal Act – a press conference is being held Wednesday, March 9 at 8:30 a.m. to request that the hiring process be an inclusive one. Social justice, education and environmental advocacy organizations will ask the Commission to show commitment to all Californians by including representatives from those organizations as formal stakeholders in the selection of a new Executive Director. 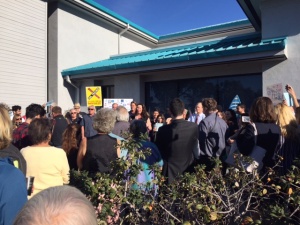 Representatives will also ask that the Commission specifically commit to strong support for an independent Staff and to provide greater transparency as called for by newly proposed legislation. Further, a coalition of social justice organizations has proposed the Commission hold workshops in underserved areas to discuss climate change impacts and public access issues, among other concerns.

The hearing and press conference will be held in Santa Monica at the Civic Auditorium, East Wing at 1855 Main St. If you have questions about talking points or attending the hearing, please contact Stefanie at Ssekich@surfrider.org.