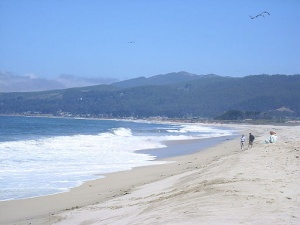 In 2010 James Benjamin filed a lawsuit against the City for lack of habitat/resource mapping. Subsequently, a 2012 settlement between Mr. Benjamin required the City to update its coastal resources maps.

Currently, the City’s habitat maps do not currently identify all confirmed habitat areas. As stated in its application to the Coastal Commission, the city does recognize “…the critical need for integrated planning based on current information…” and is thus working to update its LCP.

In fact, the City applied for grants in ’13 –’14 to “draft a fully updated Local Coastal Land Use Plan based on current data and analysis of existing conditions.” The application submitted to the Coastal Commission can be read here.

In active support of such work, the City not only applied for support from the Coastal Commission – which awarded the City $75,000 – but also applied for and was awarded a $70,000 grant through the Ocean Protection Council’s Local Coastal Program grant program (as reported on the City’s website).

Having undertaken impressive footwork to source the necessary funds to update a LCP, it is quite surprising that the City is arguing against Coastal Commission Staff recommendations that more accurate habitat maps are needed.

The US Fish and Wildlife Service has determined that there are additional areas that contain and/or support rare and endangered species. Commission staff go as far as to recognize how burdensome it may be to add additional areas to the current maps at this time and so calls for modified LUP (Land Use Plan) policies and IP (Implementation Program) sections. The City has argued against even these alternative measures.

This begs the question of the effectiveness of the grant money awarded to the City and just how accurate their ‘updated’ LCP will be.