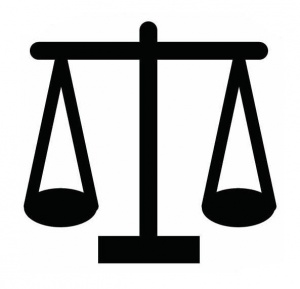 The people of California find and declare that the duties, responsibilities, and quasi-judicial actions of the commission are sensitive and extremely important for the well-being of current and future generations and that the public interest and principles of fundamental fairness and due process of law require that the commission conduct its affairs in an open, objective, and impartial manner free of undue influence and the abuse of power and authority. It is further found that, to be effective, California’s coastal protection program requires public awareness, understanding, support, participation, and confidence in the commission and its practices and procedures…

The people of California further find that in a democracy, due process, fairness, and the responsible exercise of authority are all essential elements of good government which require that the public’s business be conducted in public meetings … and on the official record. Reasonable restrictions are necessary and proper to prevent future abuses and misuse of governmental power so long as all members of the public are given adequate opportunities to present their views and opinions to the commission through written or oral communications on the official record either before or during the public hearing on any matter before the commission. (California Coastal Act, Public Resources Code Section 30320.)

This policy informs the Commission’s traditional great respect for transparency and public participation at its hearings. Not only are these features necessary for the Commission to comply with legal fairness and due process requirements; they also foster public support of the Commission’s mission and decisions.

Unfortunately, such transparency and openness to public participation were sorely lacking in the lead-up to the Commission’s Broad Beach hearing. When representatives of conservation and citizens’ organizations requested ex parte meetings prior to the hearing – just as the permit applicant and its representatives were doing – multiple commissioners refused to meet or simply did not respond to the groups’ inquiries. However, when asked to summarize their ex parte communications at the beginning of the hearing, the same Commissioners disclosed that they had engaged in multiple ex parte communications with the applicant.

These one-sided ex parte communications cast unfortunate shade over the public’s participation and trust in the Coastal Commission’s decision on the Broad Beach matter. Commissioners can and should do better. A close reading of Coastal Act Section 30320 would be a great place to start.