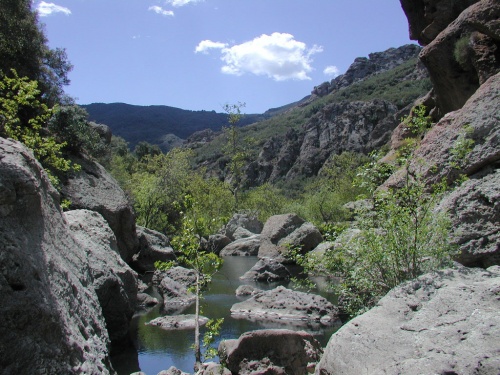 In a unanimous decision, the California Coastal Commission approved the Santa Monica Mountains Land Use Plan at their April hearing. The Land Use Plan, developed by the Los Angeles County planning department and Supervisor Zev Yaroslavsky’s office, outlines the future of the 52,000-acre Santa Monica Mountains Coastal Zone, a popular recreational region. This area is characterized by steep rugged mountains, extensive native habitat and wildlife, but it’s also dotted by large estates, ranches, and pockets of communities.

The Land Use Plan, in conjunction with the Local Implementation Plan (slated for consideration by the Coastal Commission this June), provides guidance for future development in this critical region of greater Los Angeles, which is encapsulated by the Santa Monica Mountains National Recreation Area – the largest urban national park in the U.S. When implemented, this plan will protect the integrity of this region by preserving scenic views, water quality, and wildlands while allowing small-scale organic farming to continue.

Several habitat protection provisions are featured in the plan, including a prohibition on non-resource-dependent development in the most sensitive habitat areas (known as H1 habitat under this plan) paired with a 100-foot buffer setback requirement for development from this area to further conserve natural resources. The Land Use Plan would also impose new standards designed to protect wildlife by banning anti-coagulant rodenticides – which bioaccumulate up the food chain – working toward a poison-free Santa Monica Mountains. Additionally, the Plan consists of a number of water quality and habitat protections, including 100-foot stream and riparian habitat setback requirements for development, measures to prevent streambank armoring and associated erosion, and policies to prevent polluted runoff and habitat damage from agricultural use in the mountains, along with a provision that does not allow for new vineyard development in the mountains.

The provision prohibiting new viticulture has attracted vocal opposition from some members of the wine community. But, the rugged character of these mountains is not compatible with vineyard development. Erosion from soils between rows planted on steep slopes can clog stream habitat upon which newts and frogs depend, and excessive nutrients and pesticide runoff from vineyards can foul water quality.

“You would not plant vineyards in Big Sur, and they shouldn’t be planted in the Santa Monica Mountains,” said Supervisor Yaroslavsky, putting the policy into perspective when he explained the vibrant life and scenic quality of these mountains, which draw in millions of visitors annually. The plan also grants existing legally permitted vineyards to remain, and also allows for organic farming in specific regions of the mountains.

We look forward to the Coastal Commission’s consideration of the Santa Monica Mountains Local Implementation Plan (the companion piece to the Land Use Plan) sometime in the next few months. Together these elements make up the entire Local Coastal Program, which has been under development for nearly a decade. We are hopeful that a sound program is advanced by the County and adopted by the Coastal Commission as soon as possible will protect coastal and water quality through planning and permitting efforts in this important region of Los Angeles County. 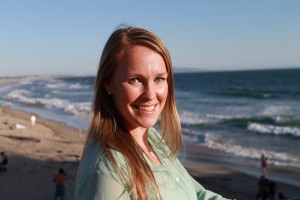 Sarah Sikich, Science & Policy Director Coastal Resources at Heal the Bay, is responsible for research, advocacy and legislative efforts related to coastal habitats and marine life, including marine protected areas, coastal power plants and marine debris. Sarah has a bachelor’s in Marine and Freshwater Biology from the University of New Hampshire and a master’s degree from the Bren School of Environmental Science and Management at the University of California at Santa Barbara. Before joining Heal the Bay, Sarah worked at the Monterey Bay Aquarium and the National Center for Ecological Analysis and Synthesis. Sarah was a member of the Marine Life Protection Act South Coast Regional Stakeholder Group, where she helped design a network of marine protected areas for Southern California. She is also a Vice Chair of the Santa Monica Bay Restoration Commission. She has also taught in the Global Sustainability Program at UCLA Extension, and is currently a lecturer at UCSB’s Bren School of Environmental Science and Management. When she’s not fighting for the ocean, Sarah can be found hanging out at the beach, running or surfing along the Malibu coast.